Whether we are talking about prices, volatilities, regulations versus libertarianism, instant millionares or even dark criminal activities – topics surrounding cryptocurrencies are never boring.  Give it that, regardless of whether you’re for or against it.

And right now South Korea seems to be against it.  Traditionally a large source of cryptocurrency demand and trading (Bitcoins in South Korea typically trade at a premium up to 30% compared to global prices, which led to certain international exchanges to drop that country’s price data from their worldwide price averages), now South Korea seems to have taken an aggressive change of direction and started cracking down on local exchanges and speaks of banning cryptocurrency trading altogether.

For a good read on this big development, see Reuters https://www.reuters.com/article/uk-southkorea-bitcoin/south-korea-plans-to-ban-cryptocurrency-trading-rattles-market-idUSKBN1F002A

Look, it’s no secret that cryptocurrencies have grown sufficiently large now to threaten domestic tax agencies.  They can claim cryptocurrencies are being used for tax avoidance and people are not reporting their accounts.  Maybe in some cases this is true.  But in South Korea’s case, there may also be a combination of fears of capital flight due to an escalating North Korea situation or perhaps fears of societal gambling addiction and all the misery that comes with it.  At a macro level, cryptocurrencies are somewhat of a threat to large powerful governments.  If there was a Crypto World Bank or Crypto IMF for example, owned by nobody but paid for by society, how would the world’s balance of power look then.  It would be slightly different.  Would society contribute to pay for such institutions, when people are usually behavior biased to “free ride” instead of contributing to societal good even when they would be better off as a result (i.e., tragedy of the commons)… who can say at this point so it’s pure conjecture.

Anyway this is a long way of saying South Korea is scared of cryptocurrencies for their own reasons, perhaps some related to a potential capital flight if the USA and North Korea have a real confrontation prior to 2020 and the capital flight that could result from that.  It is certainly the case that cryptocurrencies have skyrocketed in popularity in South Korea and trade at higher prices than internationally.  I guess those traders will now have to do their trading in Japan, where they seem to embrace cryptocurrency trading at this moment and look at it as a boost to their GDP. 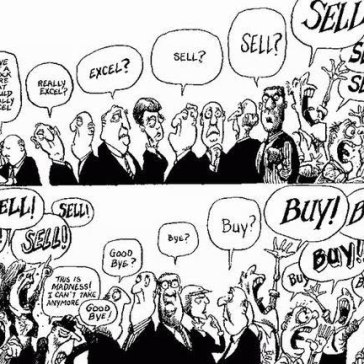